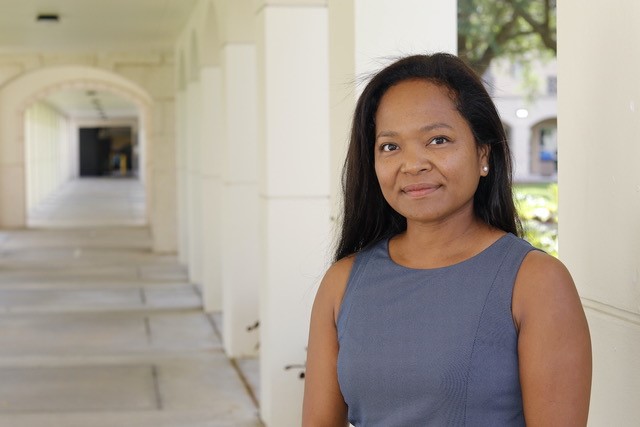 My research interests have been shaped by the many contrasting stories of Okinawa I heard growing up. Some came from my Okinawan mother, born well before the devastating Battle of Okinawa. Others came from my Black American father who left the segregated US South, enlisted in the Air Force and was stationed in Okinawa before it reverted back to Japan in 1972. At other times I absorbed narratives of this complicated space from family members in Okinawa or military families my parents befriended at some point in their non-stop circulation of "tours of duty." What always struck me as odd and fascinating was how strikingly different the narratives of this small island peppered with US American military bases were shaped. The talk about their movement through extralegal and shadowy spaces around the borderlands of the bases especially peaked my interest: black markets, the uncanny ways in which security is imagined, reworked and racially transfigured along the fencelines.
These stories stayed with me on my long interdisciplinary route through academia and fieldwork. My research investigates how people living in militarized spaces like Okinawa, make sense of their lives and how they come to understand local, national and global security. Because life situated within Okinawan partial sovereignty is always shaped by the rubric of national security, my long term ethnographic research centers on the people most vulnerable to the discursive claims of security talk — women, children, mixed race Okinawans, military personnel of color, and economically insecure US military personnel. By doing long-term, multi-sited fieldwork, I was able to note patterns in how ideas of flow, commercialized forms of hybridity and "third space" ideologies operate to dodge some disciplining effects of state power for these different actors. I pay close attention to when and how the various concepts of security consolidate and what precipitates the fragmentation of those imaginaries for US Americans and Okinawans living in Okinawa, Japan.
If you are still wondering what else I do academically and would like a quick summary of the courses I teach and few other nuggets to get a sense for my interests, I've bullet pointed a few highlights below:
• Courses I teach/have taught at FIU: World Ethnographies, Introduction to East Asia, Introduction to Anthropology, Anthropology of Race and Ethnicity; Anthropological Theories; Anthropology of Globalization; Global Capitalism and the African Diaspora in the Modern World System
Other interests: Public anthropology; Multi-sited ethnography, Critical mixed race studies