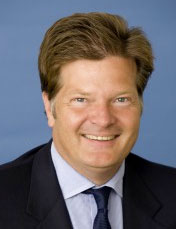 Mark Medish is President of the Messina Group, a consulting agency in Washington, D.C., where he focuses on strategic advisory services and brings over 25 years of experience in senior government posts and as a lawyer, investment banker, and writer.

Mark previously served as a special assistant to President Clinton and as a senior director on the National Security Council. He served as U.S. Treasury deputy assistant secretary for international affairs under Robert Rubin and Lawrence Summers. He also worked at USAID and UNDP.

Drawing on his diverse experience in policy, law, and finance, Mark advises clients on strategic matters and complex challenges, particularly in cross-border contexts.

He started his public affairs career in 1988 as a junior intern on the staff of Sen. Edward M. Kennedy (D-Mass) and later advised Rep. Eleanor Holmes Norton (D-DC) as pro bono counsel. Mark was a law partner at Akin Gump Strauss Hauer & Feld, LLP and a vice president of the Carnegie Endowment for International Peace, and prior to that he clerked for an appellate judge in Washington.

Mark is a member of the Council on Foreign Relations. He worked in Tokyo after law school. His languages include Russian, German, and Danish. He was educated at Harvard, Oxford, and Georgetown, where he played varsity tennis.